1 Day in Leipzig: The New Berlin

Part of my 2-week driving tour of Germany consisted of 1 day plus a few hours in Liepzig. While this doesn’t seem like a long time, you can actually see quite a bit of this beautiful city in this amount of time. Read on for my suggested itinerary for those seeking to explore this city! 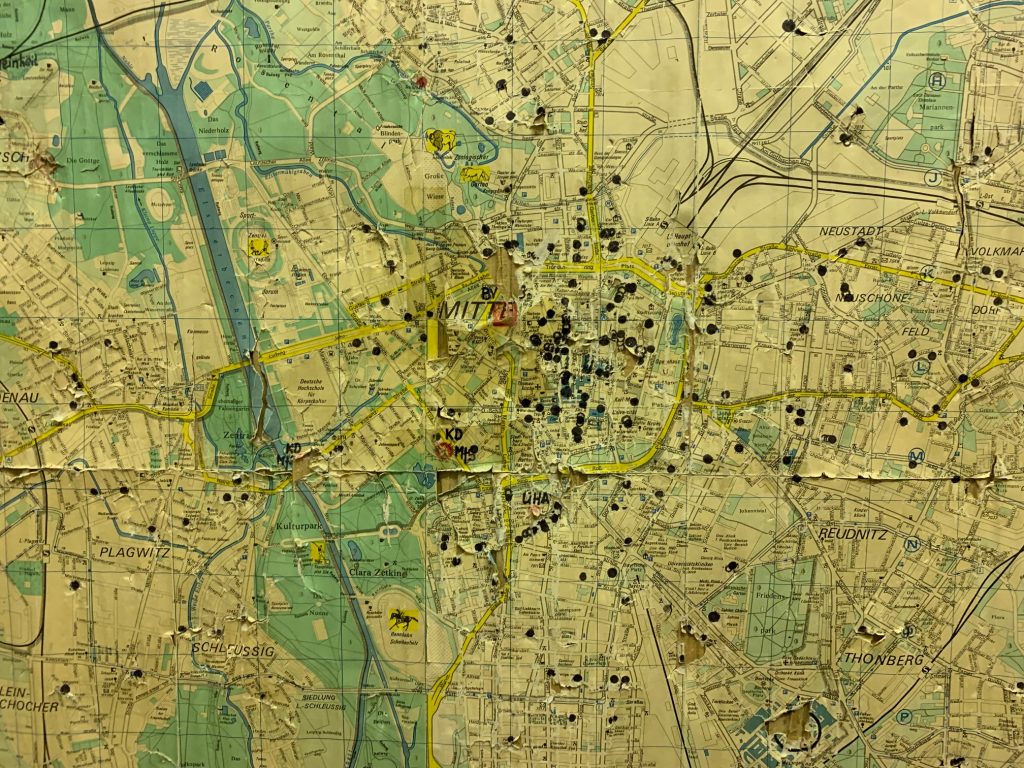 The Museum in der Runden Ecke is located in the original headquarters of the infamous East German State Security Service (known as the Stasi). Given its location, this museum contains much history and artifacts from this oppressive time in Germany’s history in a permanent exhibit titled “Stasi–Power and Banality”.

If you are a Cold War history person like me, this is an absolute must-see while in Liepzig. Even if the Cold War isn’t really of interest to you, visiting this museum will really help you understand the reality of Eastern Germany and why its citizens have such long memories.

The building has seen several occupants, though the last and most notorious was definitely the Stasi Regional Headquarters. The curators of the museum have gone to great lengths to keep the decor and furnishings intact as they were until the building was stormed by protestors in October 1989.

The museum contains many artifacts from the period, from miniature spy cameras, disguises, authentic maps of Stasi safehouses, a pulping machine used in an attempt to destroy records while the building was being stormed by protestors, and a replica cell from the now destroyed detention center.

If you are not fluent in German, I would definitely recommend renting the audio device. All of the exhibit descriptions are written in German, so an English audio translation really helps explain each room and exhibit.

The biggest challenge to renting the audio devices is actually finding the office where you rent them.  From the front door, go up the main stairs and directly to the left. You will enter a small room with some old surveillance monitors and other authentic pieces. Continue through this room into the main hallway. About halfway down the hall, you will see a small office on the left. This is where you purchase the audio device. 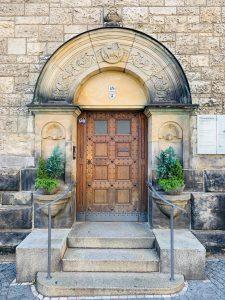 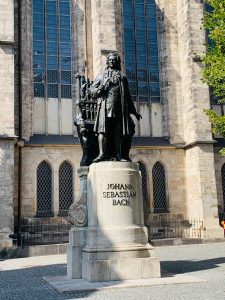 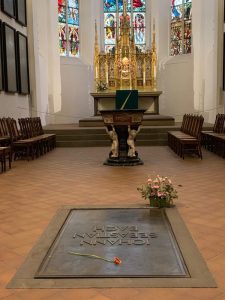 No trip to Leipzig would be complete without a trip to St. Nicholas Church in central Leipzig. The church is walking distance from the major shopping districts and is surrounded by parks and restaurants with open air seating.

Beyond the fascinating Romanesque architecture, the church actually has two rather large claims to fame. Firstly, it is the resting place of composer Johann Sebastian Bach. There is a statue of Bach outside the cathedral, and a tomb inside for viewing.

I am an avid traveler and am always on the lookout for ways to travel cheaply (or free). While most of my articles consist of my trip reviews from around the world, I also tend to sprinkle some words of wisdom relating to the points, miles, and "how to" of traveling the world. I hope you enjoy my articles, and be sure to comment or email me if you have any suggestions or additional travel advice!